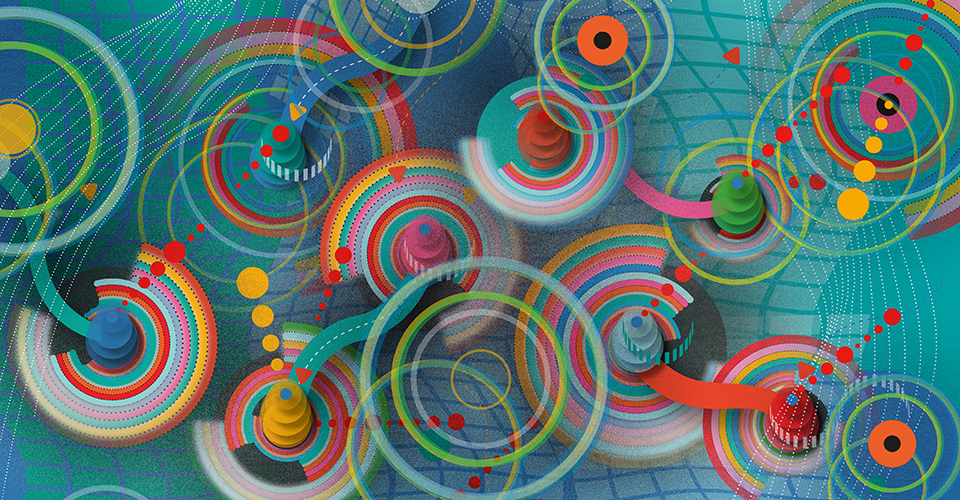 In 2018 was celebrated the 70th anniversary of the Efacec brand. The seven decades of existence were marked by the production of a graphic piece by the internationally recognized Portuguese designer, João Machado, who composed a premium work inspired by Efacec and its areas of expertise.

Always looking towards the future, this date was seen as a step towards an Efacec with history, but present in the future.

It is not known what the future will bring, but the company intends to be the first to get there. Efacec values the power of one, but believes in the power of many to anticipate trends in the energy, environment and mobility sectors, shaping the future of cities.

In the future, Efacec’s mission is to continue to focus on innovation and digitalization, creating intelligent solutions that contribute daily to improving the lives of thousands of people.

Born in Coimbra, João Machado is graduated in Sculpture at the Porto School of Fine Arts, but it is in Graphic Design that he is unique and internationally recognized. He was a teacher at ESBAP (1976-1981) but soon decided to dedicate himself exclusively to graphic design and to open his own studio in 1981.

Since then, he has participated in numerous collective and solo exhibitions that have brought him several national and international awards, such as the Icograda Excellence Award in 1999 as well as his appointment as one of the Graphis Design Masters.

Author of a vast work, his passion for the poster is notorious, undoubtedly his piece of choice. Colour and shape are his hallmarks. His posters are characterized by bright colors, a playful arrangement of well-defined geometric elements and bold contrasts between flat surfaces and texture patterns. He also reveals himself in editorial design, in the areas of illustration and philately, always marked by an identity that has been persistently built.