Hydroelectric complex will ensure 6% of the country’s electricity consumption

Efacec is completing the supply of transformers for the €1.5 billion Tâmega Electroproduction System project for Iberdrola, which stands out as one of the largest hydroelectric projects carried out in Europe in the last 25 years for the Spanish company, which is the largest producer of renewable energy in Europe and the USA, one of the five largest electricity companies in the world and the world leader in wind power.

The last phase of the Tâmega Electrical Power System will be carried out until the end of May this year with the delivery of the last four transformers: two 90 MVA 410 kV Power Transformers and two 2.5 MVA 15 kV Distribution Transformers.

The hydroelectric complex integrated the construction of three dams (Daivões, Gouvães and Alto Tâmega), promoted the creation of 13,500 direct and indirect jobs during the period of greatest volume of works, counting with an installed power of 1,158 megawatts (MW), being able to reach an annual production of 1,760 gigawatt hours (GWh), assuring 6% of the national electric consumption.

Fernando Vaz, Efacec’s Executive Director responsible for Operations, states: “We are very proud to have completed such an important project in the energy field for Portugal and Europe, with strong technological importance and which proved Iberdrola’s trust in Efacec. This contract was won by Efacec after an international tender, in which the most important companies in the sector worldwide participated. By playing a strategic role in the Tâmega Electricity Production System, Efacec reinforces its position as a world reference in the supply of electrical transformers.” 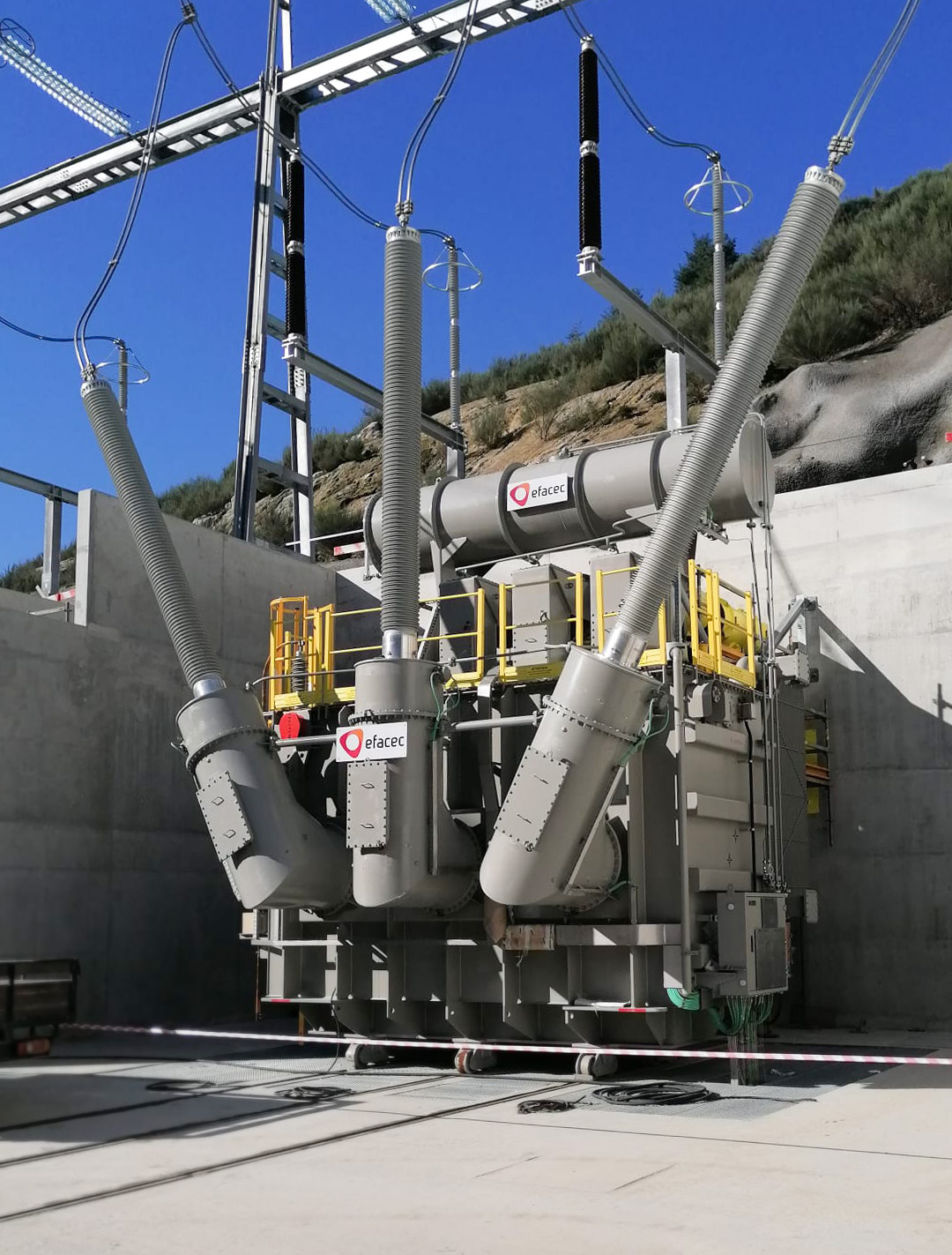 With a comprehensive presence in the Energy, Mobility and Environment value chain, Efacec acts as a supplier of solutions and integrated EPC (Engineering, Procurement and Construction) systems and O&M (Operations & Maintenance) services partner.  Efacec is present in strategic markets such as Europe, the United States, Latin America, Asia, the Middle East, the Maghreb and Sub-Saharan Africa.