Efacec is part of the Hera space mission, the first dedicated to planetary defence in Europe, with launch scheduled for 2024. ESA’s HERA mission is coordinated with NASA’s DART mission, both being part of the AIM – Asteroid Impact Mission – cooperation mission, which is aimed at the asteroid belt, located in an orbit between Mars and Jupiter.

The target of the mission is a small asteroid which, in this first phase at the end of September, will be impacted by DART and in a second phase will be studied by HERA, Efacec being responsible for the LIDAR (Light Detection And Ranging) altimeter, an instrument based on laser technology capable of measuring distances of up to 14 km with 10 cm accuracy, which will carry out the topographic survey of the crater created by DART’s impact on the asteroid and also help in the navigation of the probe.

“This is a major order for Efacec, the second largest ever in over 15 years of activity in the aerospace area, only surpassed by the radiation monitor that the company delivered last year for the JUICE mission, and proves Efacec’ s ability to lead flight electronic hardware projects and to position itself as a tier-1 supplier, i.e. working directly with the satellite builder – in this case, OHB.“, says Tiago Sousa, Space Projects Manager at Efacec.

For Nuno Silva, Chief Technology Officer of Efacec, “This is a project we are very proud of, and, from a technological point of view, it proves our commitment to this LIDAR technology, which has grown at Efacec through two ESA projects, the first in 2011. It was the success of these two projects that allowed Efacec to gain the trust of ESA and OHB to develop the LIDAR equipment and thus put Efacec technology to work on this mission”. 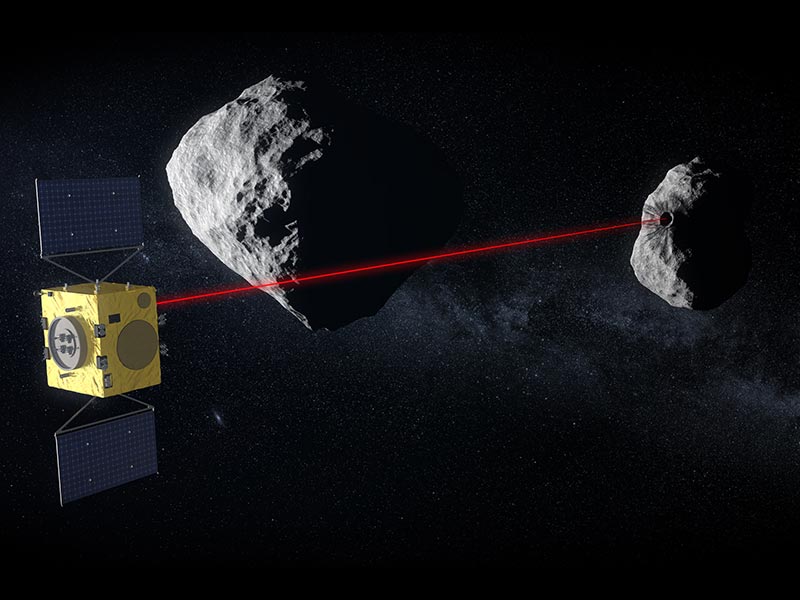