Through its association with Girl MOVE, Efacec supports Mozambican women in building a better future for Mozambique and the world, enhancing talent and sharing knowledge and experiences. Simultaneously, it contributes to young women becoming the new generation of Changemakers, through a mentoring model that sees each woman as a possibility to change the world.

In this context, through Girl MOVE’s “Change” program, which is aimed at girls between 20 and 30 years old, Efacec welcomed Chelsea Marlen, a young Mozambican woman who received mentoring from the company.

Through this mentoring project, Chelsea, 24 years old, got to know the stories of several people at Efacec. She traveled through the various areas of People Management, getting to know the processes, procedures and challenges (e.g. Recruitment and Selection; Mast3r Academy; Labor Relations; Health, Environment and Safety) and participated in “inspiration” sessions with several Efacec professionals, exchanging experiences and stories with them.

When asked why she joined this project, Chelsea doesn’t hesitate: “I’m a woman to lead and transform! When I was little, I was amazed to hear about Josina Machel, who fought against colonialism and for women’s rights. I knew I wanted to leave a mark on the world, just like she did. Although I was often called crazy, I always knew that there was something to transform and generate hope. 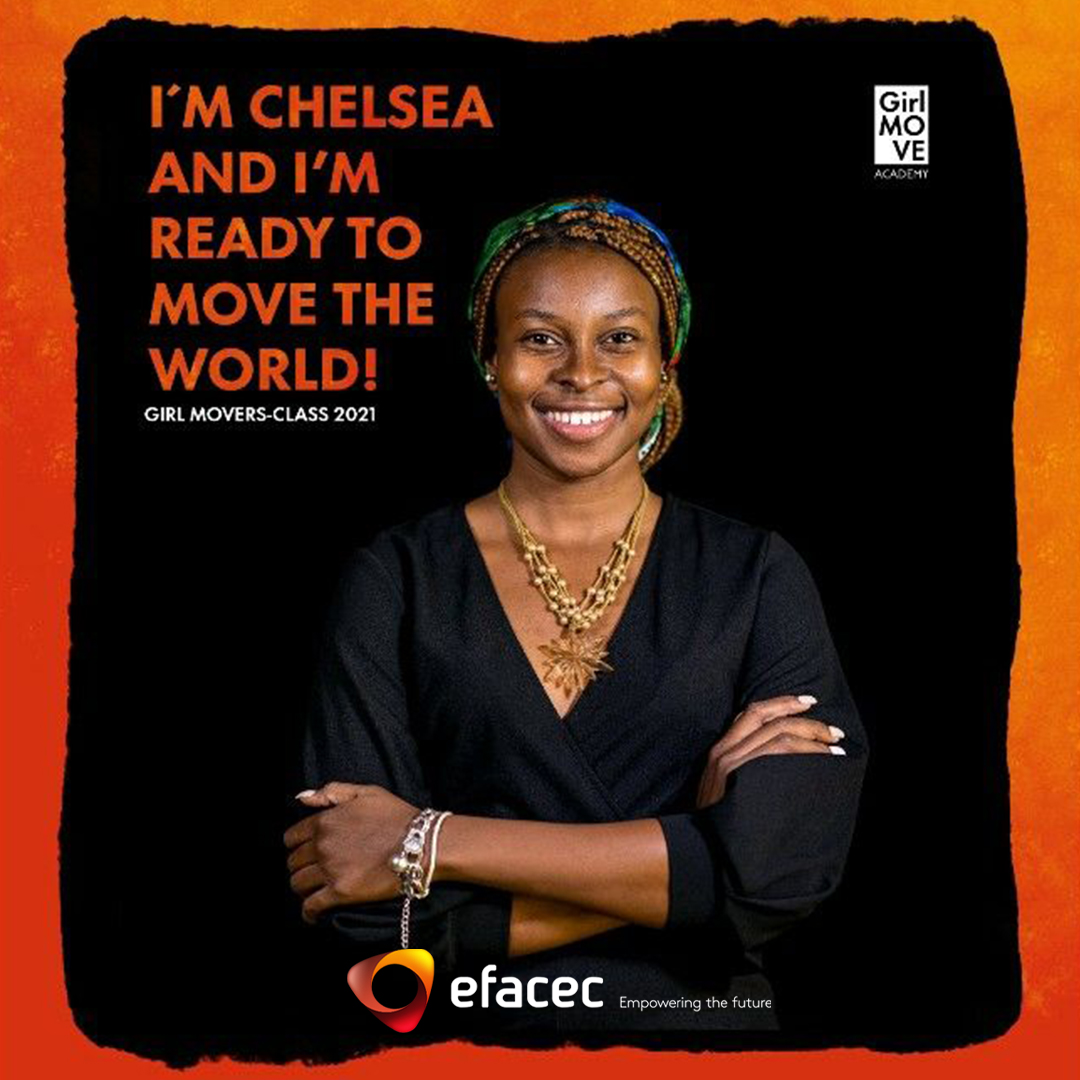 For Anabela Magalhães, Director of People Management, “For Efacec it is a pride to be part of this project and to support the construction of the career of this young leader. We hope that in 2022 we will be able to integrate this project again, as an important initiative for Efacec, in building an increasingly broader perspective of talent and diversity, as well as, important for young people like Chelsea, to exactly the same extent, to prove a bigger, more diverse world, and therefore richer in opportunities and challenges.”

Committed to female empowerment, Efacec will continue to integrate the Girl MOVE project and support young Mozambican women to design a better future. This project is yet another approach by Efacec to the Mozambican communities, a country where it has been present for over 20 years and where it is currently executing the engineering, procurement and construction contract for the operation and maintenance of the largest solar power plant, which is being installed in Mozambique.

With a comprehensive presence in the Energy, Mobility and Environment value chain, Efacec operates as a supplier of solutions and integrated EPC (Engineering, Procurement and Construction) systems and O&M (Operations & Maintenance) service partner.  Efacec is present in strategic markets such as Europe, the United States, Latin America, Asia, the Middle East, the Maghreb and Sub-Saharan Africa.