The first European mission to Mercury has Efacec technology 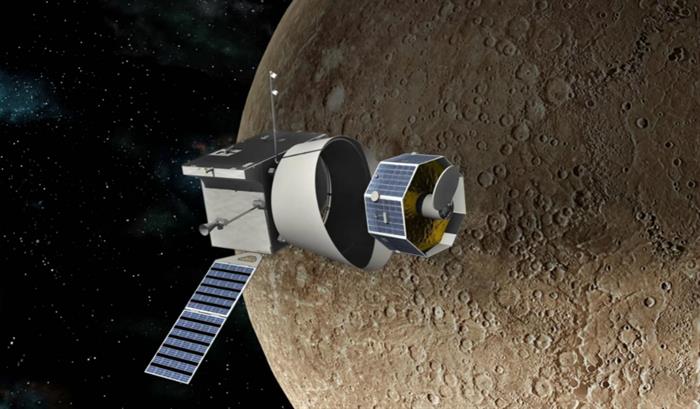 On Saturday, October 19th, the first European mission will be launched and has the purpose of studying the Mercury planet. The electronic equipment responsible for monitoring space radiation during the voyage and monitoring the operation of one of the satellites was produced and tested by Efacec. The mission will be carried out by BepiColombo of the European Space Agency (ESA), and JAXA, Japanese Space Agency.

The ESA probe has an electronic equipment, produced and tested by Efacec. João Costa Pinto, from the direction of projects for Space, explains that the device can detect the impact of energetic particles such as protons and electrons and is able to distinguish the particles and determine the range of energies in which they are. The equipment is also able to monitor space radiation by measuring the number of energy particles generated by the Sun and act accordantly, like turning off more sensitive devices during periods of greater solar activity, preventing them from being damaged.

Joana S. Oliveira, BepiColombo’s astrophysicist, believes that this mission is extremely important to understand the evolution of the Solar System, since Mercury is the only rocky planet, besides Earth, that has a global magnetic field originating from a dynamo mechanism in the nucleus liquid.

The two probes will be launched at 02:45 (Lisbon time) from the Kourou base in French Guiana. During the voyage, the devices will approach the Earth and Venus, before passing six times by Mercury and turning around it.

Find out more about this project through the interview conducted by TSF with Vasco Granadeiro, Marketing Coordinator Efacec.